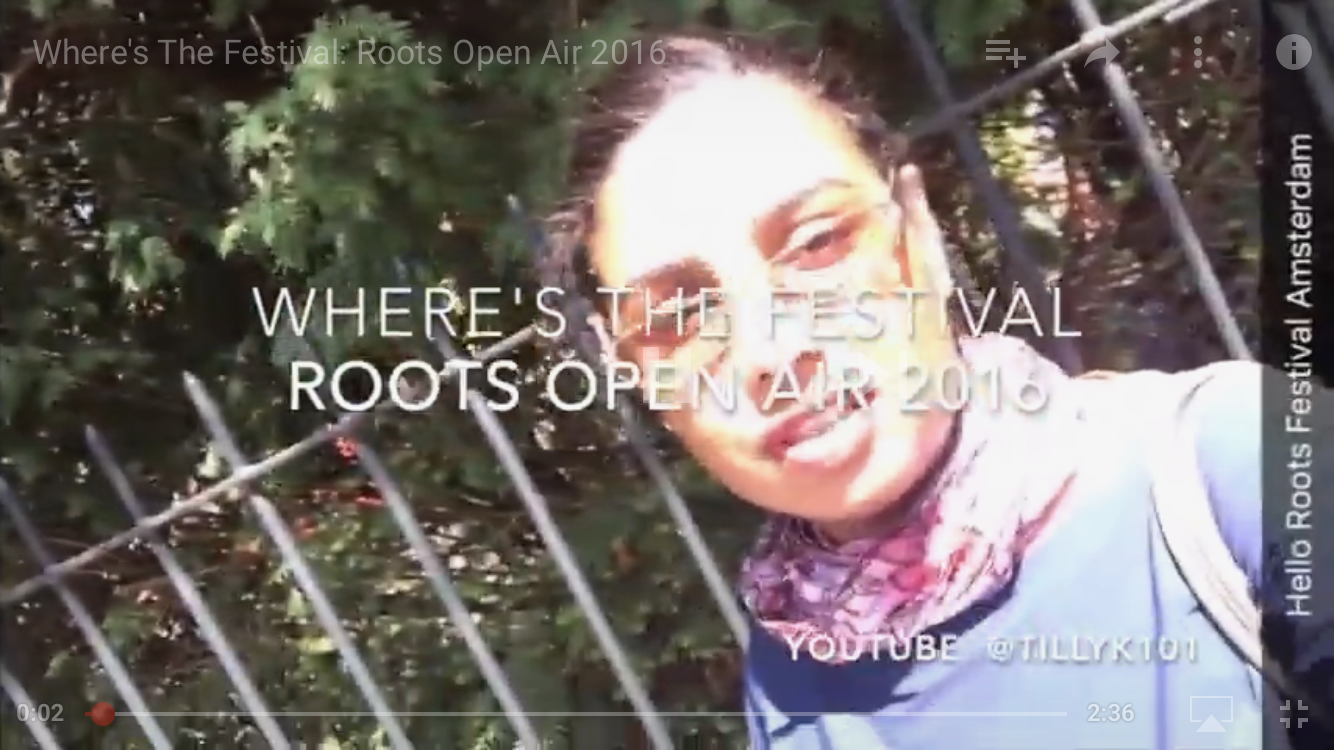 A fun project that took me way out of my comfort zone, and helped me to improve my storytelling.

This summer I participated in a very special project: vlogging for local television! Salto, a local Amsterdam Television broadcaster, and YELP Amsterdam started a project called Festival Journaal to showcase some of the many great festivals organised in Amsterdam via the voice of locals. And by chance I got to be one of the lucky reporters to share my festival experiences.
On 25th May 2016 I got a fun invite via the "Amsterdam Weekly Yelp": grab your chance to get your video vlog broadcasted on television. Open to Amsterdam Yelpers with an iPhone. I instantly shared it with my friend Liona who just started vlogging for her blog Shair my World as an opportunity to widen her viewer group and target other audience segments. Liona then called me out on my blogging ambitions and, more importantly my quest to raise money for dance4life by running a marathon. For that I aught to put myself out there, boost my profile and, when appropriate, ask for money for dance4life. (and since you are here, feel free to donate to my donor page at dance4life website).
31 May we went to the Apple store in Amsterdam for a workshop video editing in iMovie. We got a crash course on theories, filming and editing techniques, the do's and don'ts, and some basic tips such as:

On 4 June we went to our first festival: Amsterdam Open Air. We were very excited, and I was a bit anxious. What to wear, how would I look on television. How to approach the audience? And how to ignore the people around me? Liona was vlogging away as a pro. Beautifully made up, self confident, and great storytelling. I was in awe. And a bit self-conscious when it was my turn. How could I match that? As a typical Dutch person I adhere to the idea of not standing out in a crowd. Plus I am a shy and private person who is not too keen on having "all eyes on me". Yet here I had to stand tall, and speak as if not bothered. Worse, I had to speak in an anticipating way, to invite the crowd into my world, to "sell" my experiences at the festival. After a few takes I got fed up with the "not 100% perfect" shots and thought "this will have to make do". To be authentic, I have to be me, imperfection and all; and not some imaginary perfect television show host that I envisioned when thinking of how to present myself. And while we were out there shooting over and over, the festival continued and we were missing out on the fun. And some great images to be shot. So I went for some liquid courage and moved on. And got a great video of the mixologist making the cocktail.

That first festival I was so busy finding the right shots, I almost forgot to party. And than there were dj sets (and sometimes whole festivals) where I got pulled into partying so avidly I was afraid not having enough images for an interesting vlog. You can recognise it in my bloated face at the end, hair all wet from dancing, and all hints of make up vanished from the face.

This has been one of the most exciting projects I have done lately. It brought me great pleasure while taking me out of my comfort zone. Further it helped me improve my storytelling, in words, but even more in images and sound. "What would I like the people at home to take with from this festival, how can I capture the essence and ambiance of this festival best". I noticed that I use the following Dutch words rather frequently "gezellig, gezelligheid (cosy, great atmosphere), leuk (nice) and heerlijk (delicious).  And I did not quite master accidentally presenting my charity run in the videos. Some videos seemed of better quality than other, and of course over time my videos improved. At least I like to think they have *wink*.

Why not have a look for yourself? I have added the youtube playlist below of my vlogs below. And let me know what you think of my vlogs in the comments here at the blog or on Youtube.  The Festival Journal has become a very nice program that shows a great overview of the various Amsterdam festivals. It includes food festivals, cultural festivals, dance festivals, theatre festivals and more.There were some pretty talented vloggers such as Liona. They sometimes made me think "I wish I had thought of that image". Or worse, when they made me rethink the quality of my video as theirs was so good and professional. See the Festival Journals here and start planning next year's festival season.

If you have vlogging inspirations, or got inspired reading this, check out the following links to help you on your way: